This story comes from Michael Mackay, a successful entrepreneur who generated $757k in sales in his first year and scaled his business to $2M in the past 2 years by running Shopify stores.

Michael just moved into his brand new apartment 30 minutes from Manhattan, he was so thankful for what e-commerce has been able to give him and what working with CJ Dropshipping has done for him. This story is on how Michael started and scaled his dropshipping business, and how he took a massive leap of his faith.

Back in August of 2017, Michael just got a brand new job working for a tech startup in Manhattan in new york city, and one of the requirements for this job was that he had to move to NYC to be in close community distance. It was a really good salary which was around $120k base salary plus commissions. It was a super young time so it was a lot of fun. But Michael had no previous savings or anything like that from any other job, so living in Manhattan was just kind of tough to deal with at first. He had to move into a tiny 300 square foot apartment that couldn't even fit a bed in it, he had to have one of those murphy beds that you pulled down from the wall. It was kind of hysterical, but he had to pay over $2k a month in that and he really had no other option. It stressed Michael out so he started looking for other ways to make money to supplement his income, through a side hustle or something like that.

Like many of you, Michael looked at Amazon FBA, looked at affiliate marketing. After watching a couple of YouTube videos, he knew that Shopify dropshipping was the way to go, just because he really liked having the ability to have the most control over all the aspects of the business. In September 2017, Micheal launched a couple of websites. He had absolutely no idea what he was doing, and he launched around 6 or 7 stores before he started making any money. What's so ever. he would get sales here there sporadically but it was all really luck and he had no idea what he was doing. 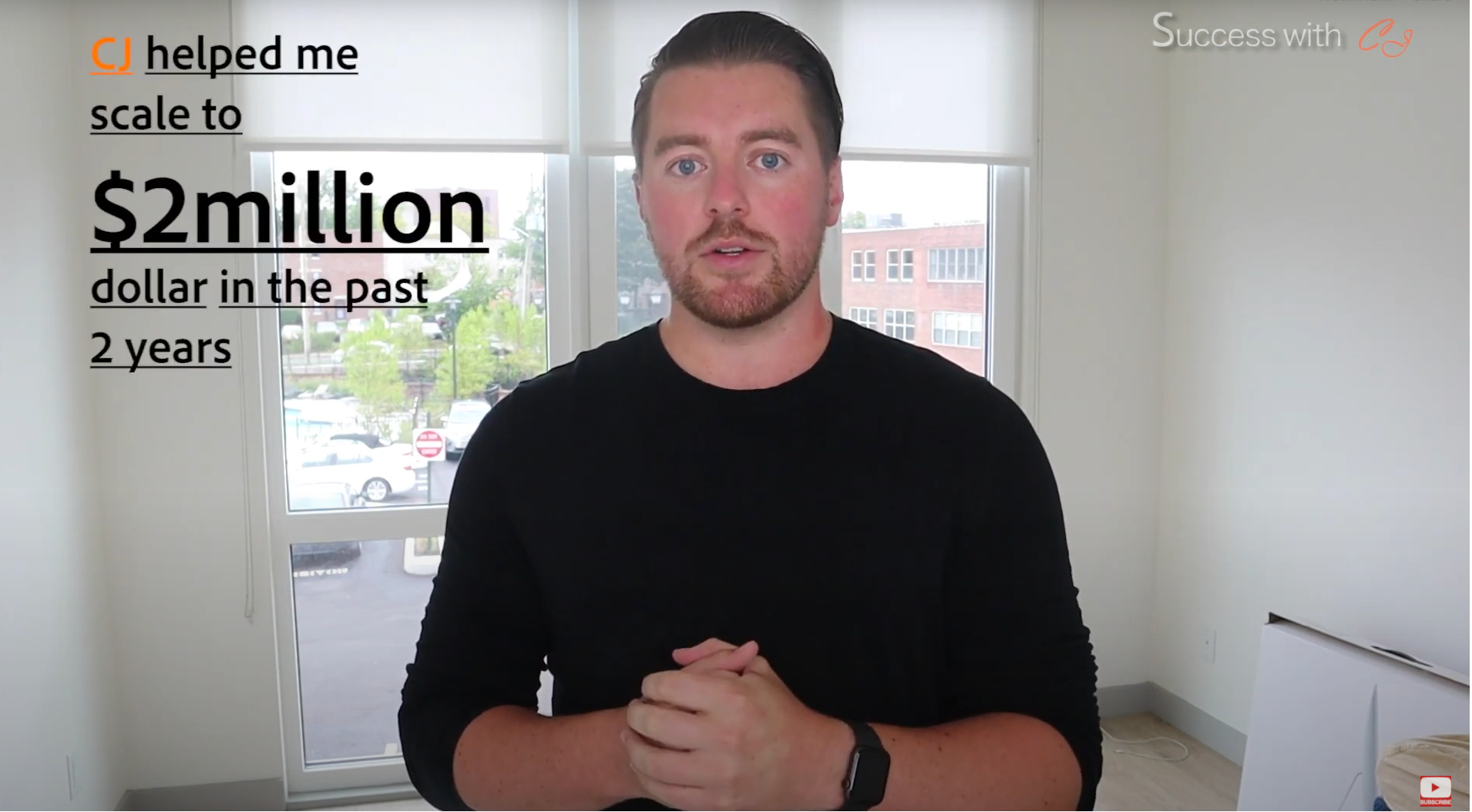 After trying his failing so many times, it was around April or May of 2018, Michael finally launched a free plus shipping funnel selling this tiny little slingshot. It was an absolute piece of junk, but it really kind of kick-started his success in e-commerce which was perfect timing for him because things were not going so well at work. Michael spent all his energy and all his free time learning how to build an e-commerce business legitimately that can take over his full-time job and his boss was starting to notice so they gave Michael an ultimatum one day. It was like the first week of June 2018, Micheal had to close so many deals within the next week or else they were going to lay him off at the end of the week. so Michael kind of impulsively quit that job right then and decided to do Shopify e-commerce full-time. And at that time, he was making around a thousand dollars days in revenue, kind of consistently. But that only lasted for a couple of weeks, then he started to notice that his supplier Aliexpress was raising the prices of these slingshots. A few dollars here and there every couple of weeks, and by the time he stopped selling that product, Michael was terrible at doing the numbers and he realized he actually lost around $10k on that product.

Then with no job, no successful websites or products running, it was kind of out of luck, Michael had to move out of Manhattan and moved into his buddy's tiny apartment in the Bronx. At that time, he had to start driving for Uber, where he just kind of took it to the next level in terms of puzzle wise for dropshipping.

Around October 2018, Michael started this website, the tidesupply.com, which was his first general dropshipping store, and it started off with great success. It was Q4, which was a great time to launch a business and he just started testing any products that he thought were really cool. But what he quickly realized was when you're doing a general dropshipping store, and dealing with all the suppliers in Aliexpress and managing each one and all the customer orders is an absolute nightmare. To be fair or just plain outside and simple that, a lot of the Aliexpress suppliers are just straight up scammers, some of them completely lie about where they're getting the products from and lie about the shipping times, and a couple of them just don't even send out that orders you get placed them and it takes months to get that money back.

Around the end of December 2018, that's how Michael found CJ Dropshipping and he was hooked right off the bat. The great thing about working with CJ especially with the general dropshipping store is they allow you to source so many products every single day, and they do all the like work for you like automatically connect your products to your store and send you your customer orders automatically every single day. Let's say you hit a thousand dollars in sales on 6 products, all you have to do is go into the CJ Dropshipping dashboard and go ahead and vote to fulfill all those orders, and they're going to be processed within 5 days and shipped to the customers within 15-20 days, which is really excellent in dropshipping business.

Michael has been working with CJ Dropshipping for a year and a half now. In 2019 on the tidesuppy.com, he hit almost $800k, and he’s just been scaling higher and higher from there. The site is not live anymore because Michael ran into some issues with payment processors and Facebook Ad account deactivation, so he had since transitioned into more of one product store dropshipping. And even though he did just kind of build a new general dropshipping store, he is looking forward to scaling this key forward with CJ Dropshipping.

If you have a lot of experience of dropshipping or have an interesting story to share, just send an Email to tobyli@cjdropshipping.co to tell us your story.

If you have any questions regarding dropshipping in general, feel free to reach out to Michael's Instagram or Facebook profile and he'd be happy to answer any of those questions.